She has embarked on a music composition project which was inspired by the NAIDOC theme ‘Always Was, Always Will Be’, and celebrates the strong and resilient cultures of First Nations people. 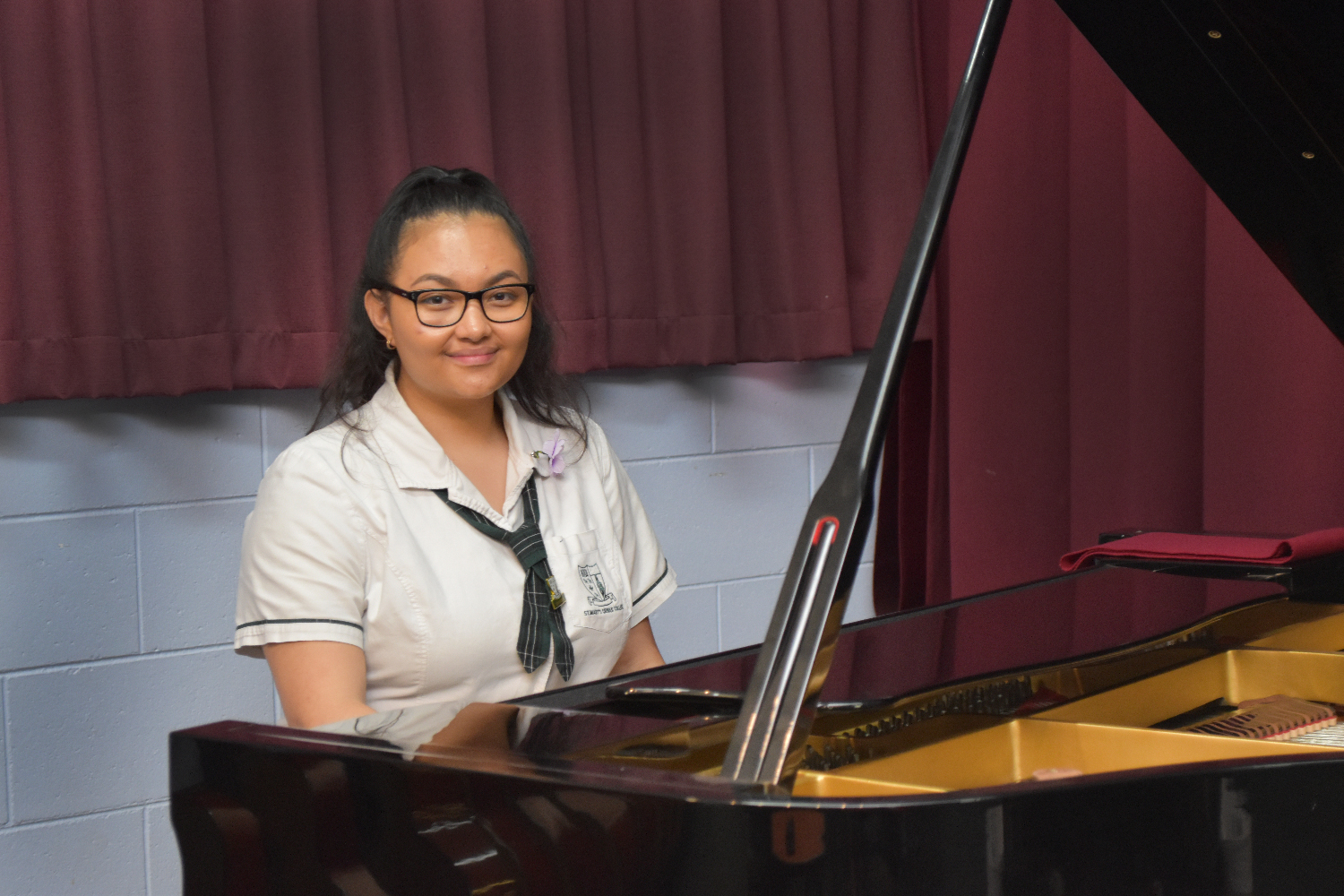 Georgiana said, “My song pays homage to our Elders and Ancestors and is a reminder that First Nations peoples have never ceded sovereignty.”

“Each verse begins with a statement about the traditions we practice today, a question is then asked and answered relating back to how everything we do as First Nations people is because of the strength and guidance of our ancestors.”

“When people listen to my song, I hope they develop an understanding and appreciation for First Nations’ unbroken connection to land and sea.”

Music – A Major Part of Life

Song and dance are a massive and extremely important part of Georgiana’s culture. She has written several other compositions for school assignments throughout grades ten to twelve and worked with renowned Sydney-based composer Alice Chance, to compose a choral piece for school-aged children.

“I’ve been a member of the Gondwana Indigenous Choir since 2013 and Marliya Choir since its inception in 2016, so singing has been a major part of my life,” she said.

Georgiana has a strong sense of culture.  She said, “My culture is an innate part of who I am, and it frames my identity. We have responsibilities to uphold. Customs and traditions are a part of everyday life, and significant cultural ceremonies are regularly practised, preserving our oral histories, and maintaining our culture.”

Daniel Krause is Georgiana’s music teacher at St Mary’s College Woree. He has worked with her over the past two years on furthering her musical journey, and acknowledged the importance she has placed on social, cultural, and political identities.

Mr Krause has helped Georgiana and his other students develop their composition skills, particularly encouraging them to draw on life experience and wait for an emotion or reaction to motivate them. “These inspirations must be important to the composer or it will not be authentic,” he said.

To inspire others, Georgiana has been taught to ensure that she connects with her work which is clearly demonstrated in her composition ‘Always Was, Always Will Be’.

Mr Krause said, “Georgiana is a gifted performer with a naturally beautiful vocal tone. She has focused on developing her keyboard skills to improve her performance and composing skills. Her willingness to learn new recording technologies has leveraged her skills and enabled her to create some great music.”

He remembers Georgiana starting at St Mary’s as a very young and shy girl, reluctant to sing for the class. “It has been such a joy to see her confidence grow,” he said, “and to be part of her journey as a talented composer and performer.”

We are all looking forward to seeing what Georgiana achieves in the future and the positive change she will bring to Australian Communities.